COVID-19 and your laundry practices

Keeping Track of Results: A Guide for Businesses Doing Their Own Laundry

A Look Back on Laundries of Yesteryear

Our ancestors weren’t as lucky as us in many ways. They didn’t have life-saving medical treatment, air travel or on-demand entertainment subscriptions like Netflix. And you know what, washing clothes and linen was even more of a chore than it is now.

Today, when we have laundry problems, commercial washing machine suppliers and commercial laundry equipment suppliers are only a phone call away.

But what about the laundries of yesteryear?

Read on to learn more about the humble beginnings of professional laundry services.

Washing down by the river

Washing down by a lake or river is still the preferred method in some parts of the world. It’s how our previous generations washed too, and that’s because it works!

When we look back in history, we see most civilisations were built around at least one body of water. Necessary to sustain life, water is also used to wash people and their clothes.

How did it work?

The beginnings of commercial laundries began with the Romans, when cheaply produced garments became more popular than homemade fabrics. This is when Roman fullers (cleaners who dyed, washed and dried clothes) became very valuable in Roman society.

As civilisation progressed, populations and cities grew, a new style of laundry was needed.

This era saw washing aids like large wooden washtubs become the norm. Clothes were submerged in these massive tubs, beaten and stirred with a plunger by poor servants and washerwomen.

The ‘great wash’ was a long and gruelling process taking a few days, and this is what it involved:

Many people chose to wash everything at once, every few weeks.

There was no such thing as commercial washing machine suppliers…yet.

The Industrial Revolution saw laundry become more advanced thanks to the washboard.

The washboard was a small, portable and effective wooden frame device that became very popular in Victorian households. Society became more conscious of health and hygiene and soap became more accessible and affordable.

In just 1893, the “Maytag Washing Machine Company” was founded by businessman Frederick Maytag, before branching into Commercial Laundry equipment in the 1950’s.

One of Frederick Maytag’s first washing machines was the “Pastime” washer using a wooden tub. A dolly was turned by a hand crank via wooden pegs. This turning action would pull clothes through the water and force the clothes along the corrugated tub sides producing cleaning action. A pulley allowed the machine to be operated from an outside power source such as a tractor or a windmill.

The first electric-powered washing machine was invented in 1908, followed by the first automatic washing machine in 1951. Now, with just a click of a few buttons, our washing is done.

With all the technological advancements of the 21st century, your laundry could benefit from a relationship with your trusted commercial washing machine suppliers.

Time after time, wash after wash, look for Dependable Laundry Solutions for your laundry.

Want to know more about commercial laundries of the future? 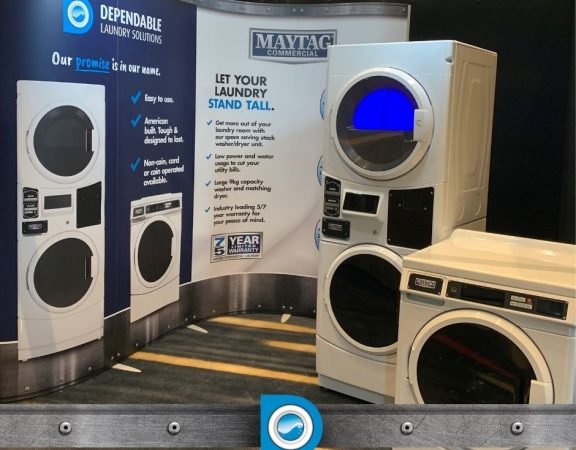 Come and Visit us! Conferences are back! 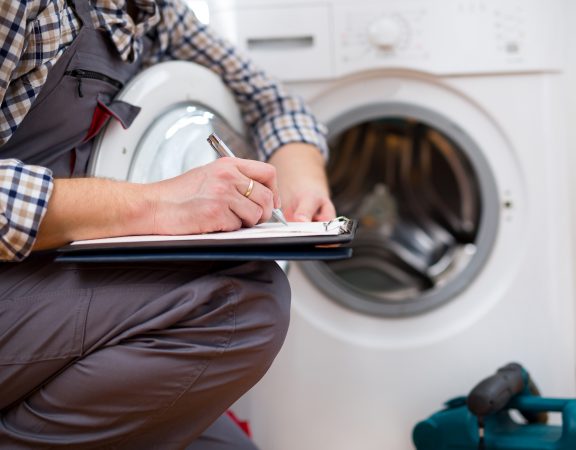 Break Up with Breakdowns: The Importance of Regular Laundry Machine Maintenance Front Loader or Top Loader? Choose the Right Washing Machine for Your Business